Time, space and distance. That's the difference between you and me and .Malin. an autistic teenager mired in constant cerebral flux and limbo in Norwegian playwright Arne Skouen's drama 'Ballerina.' running April 23 through May 9 at the Black Box Theatre.

But the play isn't so much about Malin's autism: it instead probes into the tragic family dynamic that surrounds it. No comic relief, no respite; 'Ballerina's' turmoil brews with nary a chance to come up for air.

Edith Tania Balderas left her glamorous life as a prominent ballerina to care for MaIin (Angela Zagone). who is rather functional yet demands constant care while flitting from primitive moments of panic and delight. Rededicating her life to Malin, only Edith can speak her daughter's esoteric language of pantomimes, phrases, and riddles. Yet a health issue is making Edith more and more desperate to secure Malin's future. Her actions rekindle heartbreaking relationships with Rutta the old friend, Birger the ex-husband, and Audun the estranged son.

One highlight is Director Tom Smith and his cast's sensitive and honest treatment of autism. By their request, the Autism Society of New Mexico sent a mother and her autistic son to share personal insights of its effects on a real-life family.

The resulting No Strings production nailed MaIin's autistic necessity for consistency. from needing to drink the same beverage to responding to her whims in the exact same way, or else face a horrific response. Zagone wonderfully developed the character's childlike actions without making her childish. Her flailing arms, innocent gazes. and fidgeting fingers is a true depiction.

"Autistic children are such in a different world, there is no real logic or cause and effect for them." Smith explained. In turn MaIin's family exist in their own fairytale delusions.

D.W Sarabia as Birger shows Malin's father has no idea what it takes to care for an autistic child. Mike Philips has a high calling playing the resentful Audun. dashing and successful, who reveals his ever present demons from being a neglected brother in his youth.

Even Hanne the maid( Kathryn Horan) is dealing with autism in her own life. Despite these forces, the impact by the play's end is profound but could have been expressed more effectively Yet Erin Williams as Rutta flawlessly masters expressions of sympathy, confusion, and resignation.

What adds to the drama is 'in the round' theatre seating that completely surrounds the intimate set on all sides. "I think it a startling way to experience theatre because you suddenly feel like you're trapped in this hotel with them and there is no escape for you, either," Smith said.

Indeed, when Edith and Birger scream at each other, recalling when Maim broke the mandolin to bits because it was out of tune, Malin's response is intensely poignant up-close : "I am out of tune, too, Mommy."

When sitting only inches from the actors, the end is all the more startling as autism's relentless emotional ripples make 'Ballerina' a gripping portrayal of divorce, sacrifice, and regret. 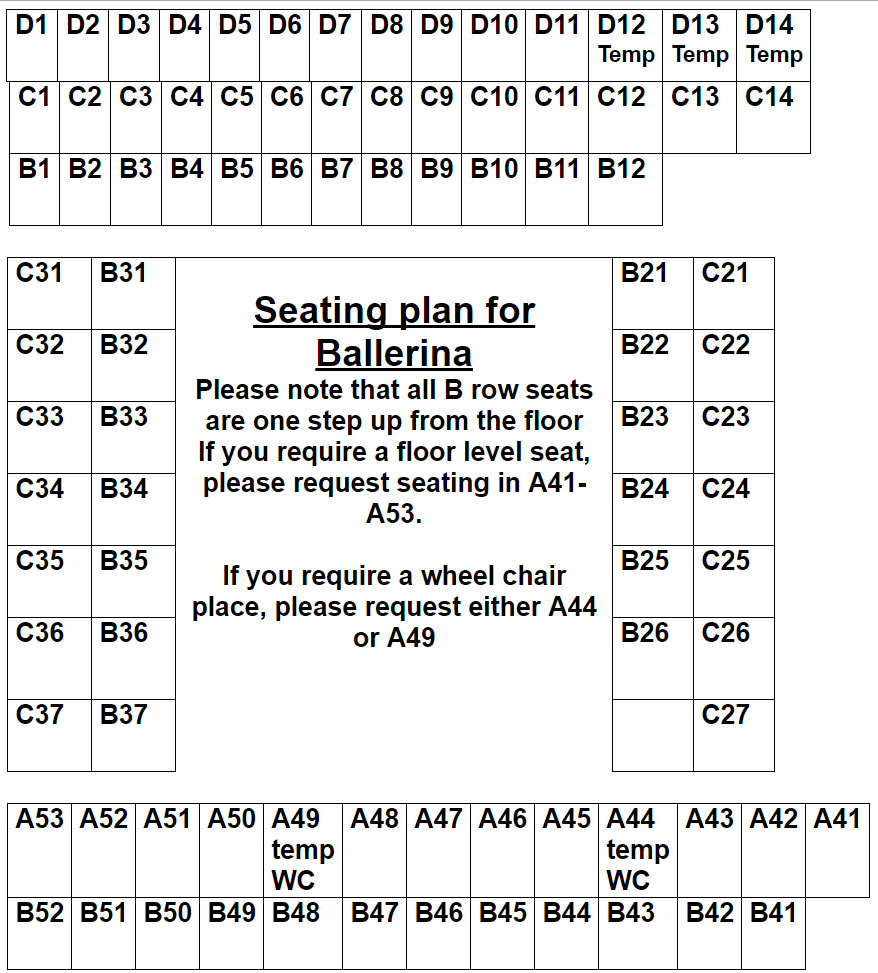