The delightful costumes and excellent story take us back to the first half of the 18th century as physicist and mathematician Emilie Le Tonnelier de Breteuil (1706-49) and world-renown writer and philosopher Francois-Marie Arouet (1694-1778), square off in a battle of the hearts and sciences in Lauren Gunderson's "Emilie: La Marquise du Chatelet Defends Her Life Tonight" at Black Box Theatre, 430 N. Main St. downtown.

Emilie (Nancy Cline Tafoya) and Arouet - better known as Voltaire (David Arias) - shared great passions for science, writing, philosophy and each other, with friendship evolving into a relationship that lasted throughout Emilie's short life.

These are challenging roles for two veteran actors, and Tafoya and Arias are well matched as they bring these two real-life scientists, philosophers and lovers into razor-sharp focus under the guiding hand of the play's director, the talented and wonderful Nikka Ziemer.

Tafoya is actually a ghost who has come back to life in Gunderson's marvelous script. But why? Has she returned to right some wrong with Voltaire? her daughter? her mother? her very tolerant husband? We only know for sure that Emilie the ghost can't physically touch any of them. That's left to her live persona, played with charm and grace by Debbie Jo Felix.

It's a strong supporting cast, covering everything from "snide and proud" and "serious and wounded" to "obnoxious and proud" and "sexy and academic," according to Samuel French, Inc., the play's publisher. Emilie is best remembered for her translation of and commentary on Sir Isaac Newton's laws of physics and her contribution to the most famous scientific formula in history. Gunderson wrote the play in 2010.

Her play, "Silent Sky," was performed earlier this year at New Mexico State University. She is the United States' most produced living playwright.

Tickets are $15 regular admission, $12 for students and seniors over age 65. All seats for the Thursday, June 13 performance only are $10.

Mike Cook may be contacted at mike@lascrucesbulletin.com. 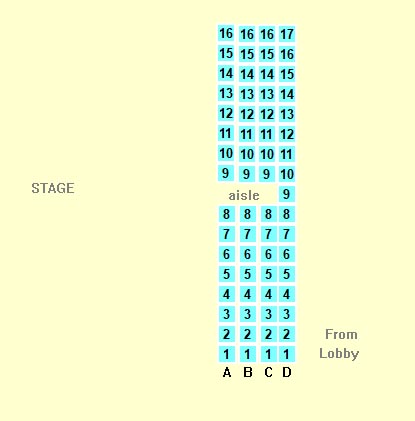 The NEW ticketing code for Donor/Volunteer Pro, Participant, Pre-Paid coupon or any similar coupon is Z2C5T4B6


We are now using a new ticketing system. To buy tickets, go to the "buy Tickets Tab under EVENTS in the Main Menu above. If you are having a problem with the system, call (575) 523-1223 to reserve seats today.

If you cut and paste a code into the ticketing system, be sure that there are NO spaces proceeding the code